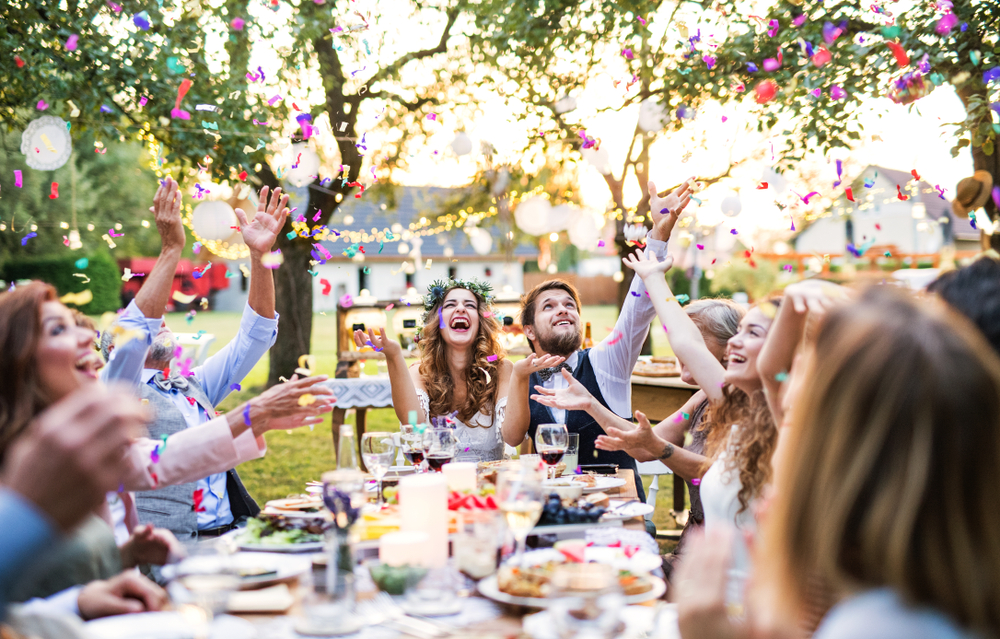 The tradition of the joining of a bride and groom has gone as far back as the Egyptians. We look back today and see how strange some of their practices were even as close as the 1800s when brides would dawn a black dress instead of a white one. The origins of that practice stemmed from wanting to honor Queen Victoria of England. Although these might sound like strange practices today, they whereas common to them as playing the wedding march is for us today. Therefore, the following explores three wedding traditions with surprising origins.

One of the Top Wedding Traditions: the Bridesmaid Dress

Let’s face it. Most bridesmaids will tell you that they weren’t a fan of their dresses. You might be surprised that a couple of years before the start of the Victorian age, bridesmaids dressed exactly the same as the bride. The thought was that if you had clones of the brides while the marriage was being held, you could detour demons and other evil spirits from attacking the bride. Of course, this would quickly change after people became less superstitious and concentrated more on the appearance of the wedding. Simply said, if you ask the store where you purchase your designer wedding dress in Columbus to dress you all alike, you might get some strange looks.

There is a false assumption that, much like the engagement ring, a honeymoon was created by travel agencies to obtain more business. However, the origins of a honeymoon are much less money-hungry and more about having some good old fun. The tradition of a honeymoon stems back from a time when grooms would “kidnap” the bride from their neighbors. They would go in hiding for 30 days during which time a friend or family member would provide them with a cup of honey wine, thus the reason why we call it today a honeymoon.

You might have seen couples jumping the broom to acknowledge the bond that was just created. However, this tradition practiced by both white and black couples has a dark past. The tradition of jumping the broom was actually a way to demonstrate the bond between two slaves. Since marriage was illegal, slaves created their own ways of expressing their bond. Many older black people tend to look down at the tradition as a sign of bondage rather than love.